Cause filling them with fun stuff just makes them feel homey and cozy like nestling in a warm, geeky blanket.

I got inspired by the pics Julia Wertz posted of her desk area and thought it was time to finally hang some stuff up. It feels nice. 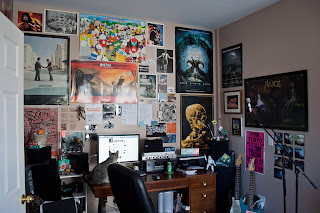 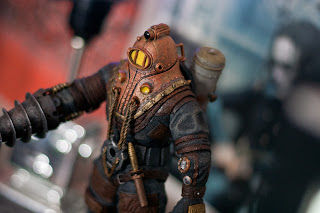 Subject Delta found a home between the silver robot lamp and Eric Draven. 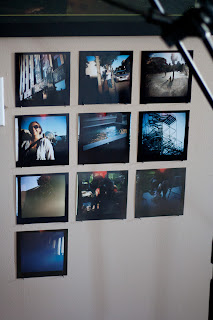 These were the first batch of Diana pics that we had printed. Well, the second attempt at printing them, actually... stupid Scott's photo with their automated machines. 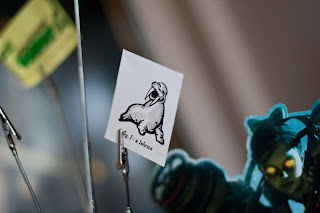 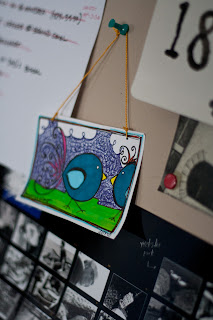 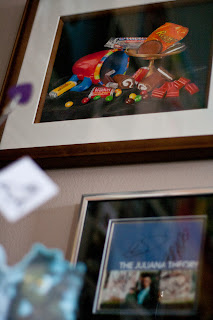 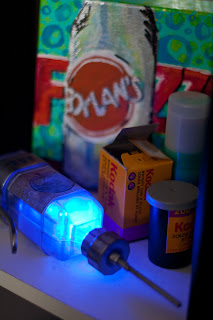 And for some reason, the Eve hypo doesn't seem entirely out of place next to Kodak film.