Our trip to Arkansas and Missouri was certainly eventful. 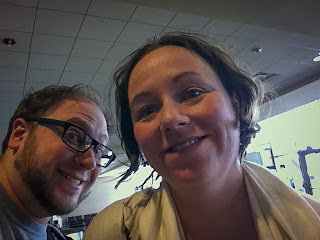 We learned that flying anywhere through Chicago with a huge snowstorm imminent is far from easy. 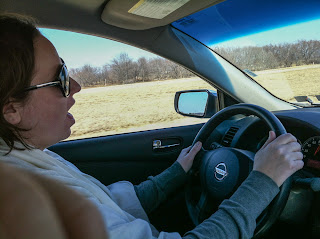 So after many delays, cancellations, and gate changes, we ended up in Tulsa, driving to Fayetteville in a rental car. Deanna is super pleased to have had the opportunity again to visit her absolute favorite state, Oklahoma. Oklahoma was happy to reciprocate with a big-ass speeding ticket. 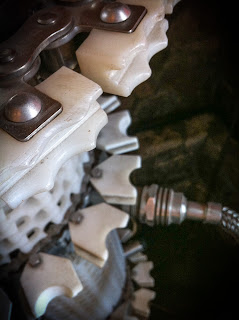 After rendezvousing with the Varbleparents near the Wal-Mart capitol of the world, we made it to Eureka Springs. The feeling is a bit like Niagara Falls, but with a small town built into an Ozark mountainside instead of near waterfalls. A little touristy, but has a bunch of fun shops. And bars with rude locals, which was odd, because everyone outside the bars was super nice. 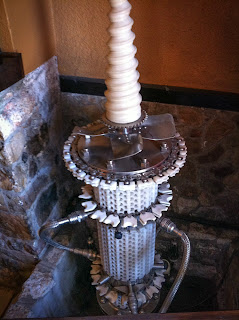 Oh yeah, and this thing was in our hotel lobby. It's supposedly a time capsule. At the time, I was hoping it was a magical device to help bring me my lost luggage. 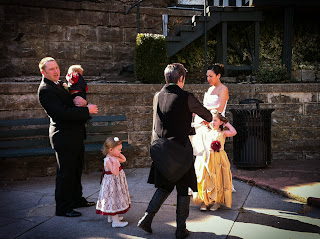 Preparing to take photos in Basin Park, next to the hotel. It might not show here, but it was pretty cold out. My photos of Jaime and Jarrett's wedding—highlights of which include much baby Jack cuteness, and a mustachioed man with his two favorite beverages—are here on Facebook. 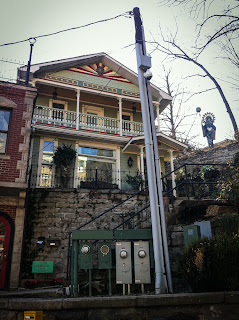 A fancy house near the park. 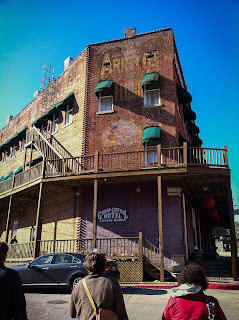 I didn't realize until uploading the photos that there were so many buildings with old ads painted on the side. Neat. I like it. 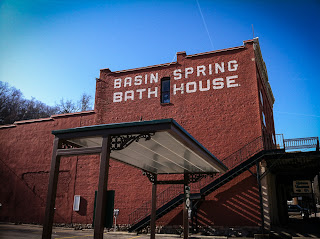 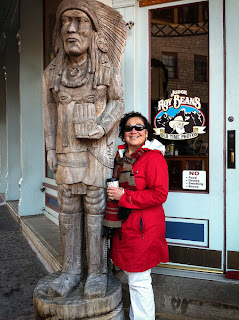 Cheryl can't resist a photo op with the resident statues. 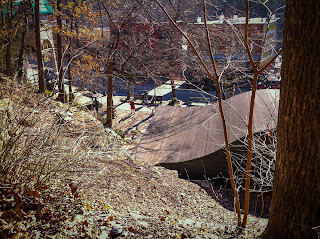 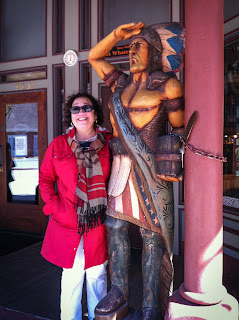 So many natives to befriend, so little time. 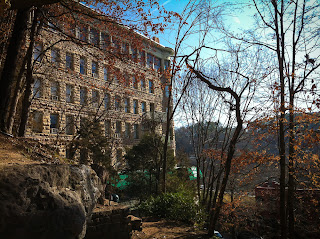 A view of the Basin Park hotel from the hillside. It's supposedly a haunted hotel, but the only thing that spooked us was the sink right next to the bed, and the near-unusable toilet in a tiny closet. 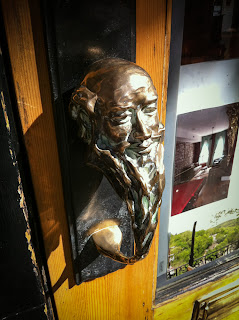 A unique door handle on a shop in town. 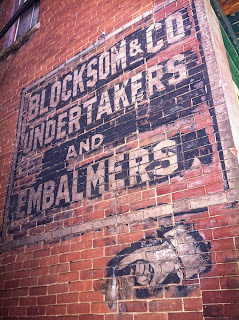 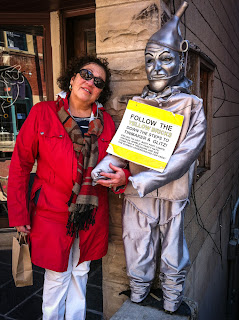 Cheryl was pleased to pose here too, although she may not appear so. 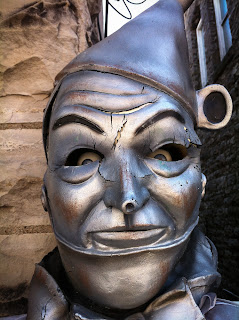 But to be fair, this guy is kind of terrifying. 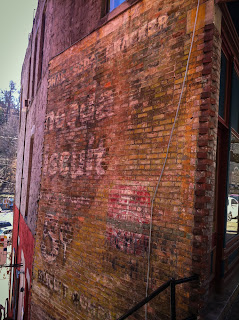 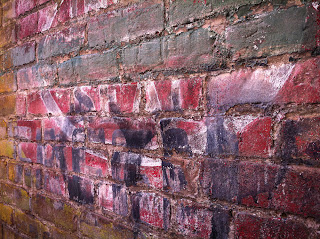 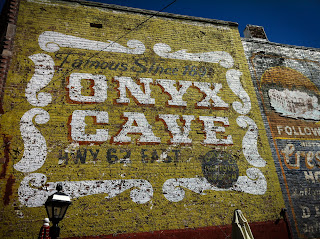 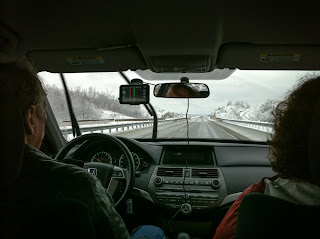 After leaving Eureka Springs and spending some time in Joplin, we left for the Fayetteville airport again. It was just as well, we woke up the second morning with no power in the hotel. 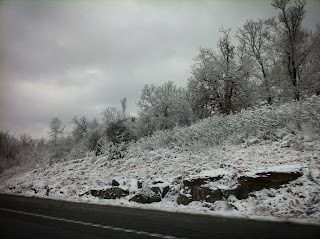 We were very worried that everything would be snowed out, it seemed the storm had caught up with us. 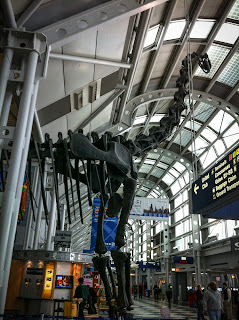 But we made it to Chicago, where I met a brachiosaurus. 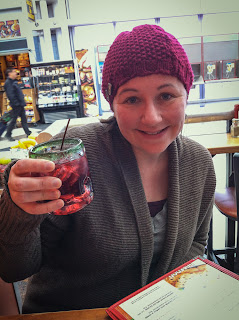 And many drinks were had before returning home.

Posted by Matt Bielewicz at 3:45 PM